The snowmobile tether is a product you do not want to ride without. Choosing to do so could result in serious injury, perhaps even death. You may be thinking to yourself “there’s no way a tether can save my life while snowmobiling.” Think again! Take this scenario into consideration. You end up under your sled after attempting a technical move. Your snowmobile is on top of you with the throttle pinned as it is caught on debris. Your track spinning so fast against your body it ends up pulling you in creating a sandwich with you in between the track and the tunnel. The throttle is still fully pinned. Your snowmobile is now a human blender shredding you to pieces. Seriously, this has happened! By having a tether and using it properly this can be avoided. The fact of the matter is that everyone should have a tether and use it properly while riding their snowmobile. If anything a tether will kill your sled before it totals itself hitting a tree when you fall off trying to do something sweet for the camera.

What is a Snowmobile Tether

Being the DuraPro Snowmobile Tether is trusted by many in the snowmobiling community, including Chris Burandt himself, we could not resist the opportunity to test it out ourselves! We ordered the red DuraPro Snowmobile Tether and it arrived within several days of our order. When it comes to first impressions we were absolutely blown away with the presentation of this product. It came in a custom DuraPro tin with everything we needed including an installation guide. 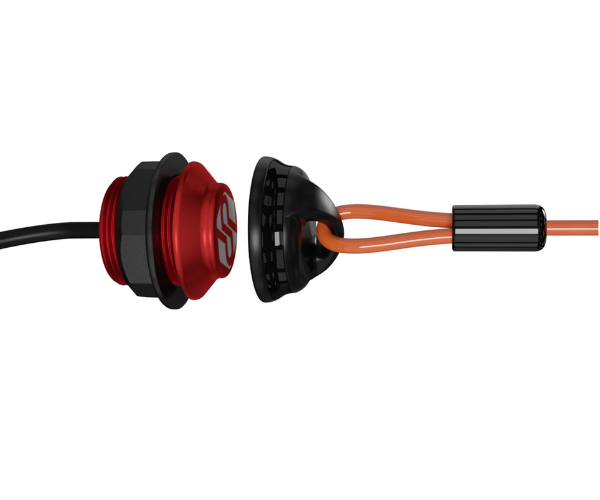 BUY NOW to receive a Sledheadzzz DISCOUNT on your DuraPro Magnetic Snowmobile Tether!

BUY NOW
At no additional cost to you, we may earn a commission if you make a purchase.

As soon as we removed the tether from its packaging we could tell the DuraPro Snowmobile Tether was built of high quality. It is obvious these snowmobile tethers are made to take a beating and endure the elements of mother nature. When we add aftermarket parts to our snowmobiles we put high value on the quality of the product as well as its appearance. The DuraPro Snowmobile Tether definitely does not lack visual appeal. This tether looks good! You could say DuraPro understood the assignment.

There are many features to love on the DuraPro Snowmobile Tether. Some of our favorite features include the fact that it is 100% waterproof and freeze-proof, it is made of high quality materials such as anodized aluminum that will not loosen or strip threads and kevlar cored strap that provides strength and flexibility in cold temperatures. It is extremely low profile keeping your snowmobile sleek and ensuring your gear does not get caught on it.

How to Install the DuraPro Snowmobile Tether

Installation is extremely simple. All you will need is a drill and a 1” step bit. DuraPro sends you everything else you will need when you purchase the tether. First start by choosing where you want the tether to be located on your snowmobile. We suggest somewhere under or behind your steering post to keep the cord out of the way of the handlebars. Once your location is identified, drill a 1” hole in your snowmobile. Make sure your chosen spot is in an easy to access location.

After drilling the hole place the adhesive ring DuraPro provides around hole and put the base of your tether in the hole. Screw the nut back on to the backside of the base once placed in the hole you drilled. Tighten that nut until the base of the tether does not move and is secured to the snowmobile. Use the zip ties provided by DuraPro to run the electrical wire neatly under your hood to where you will plug the tether into its appropriate location. Once you have done this you are all set to start using your new tether!

Use Code “SH225” for a discount at checkout or CLICK HERE to receive your discount immediately! 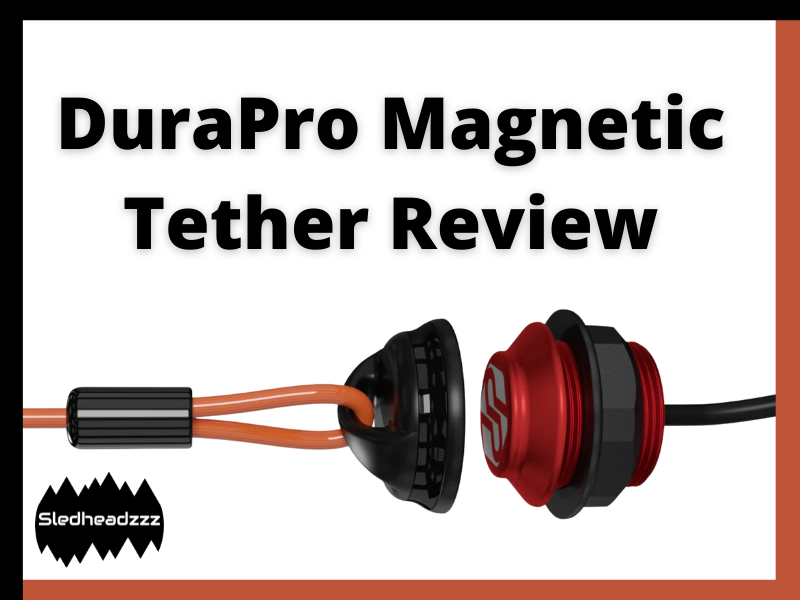 Snow report for Island Park Idaho: could be better

When you and your buddies can’t agree on where y